The 17th Conference of the European Capitals Trade Union Network took place in La Valletta, Malta, from 31 January to 2 February 2018. The meeting was hosted by the GWU – Malta and attended by 42 participants, representing 23 Trade Union organisations from 15 Capital Cities. 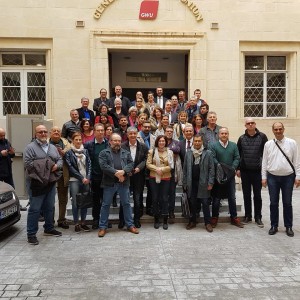 The theme of the conference was “How trade unions of the European capital cities can approach the issue of pay rise” – we met in both plenary and workshop groups and were addressed by Luca Visentini, General Secretary of the ETUC, government ministers, academics and trade unions.