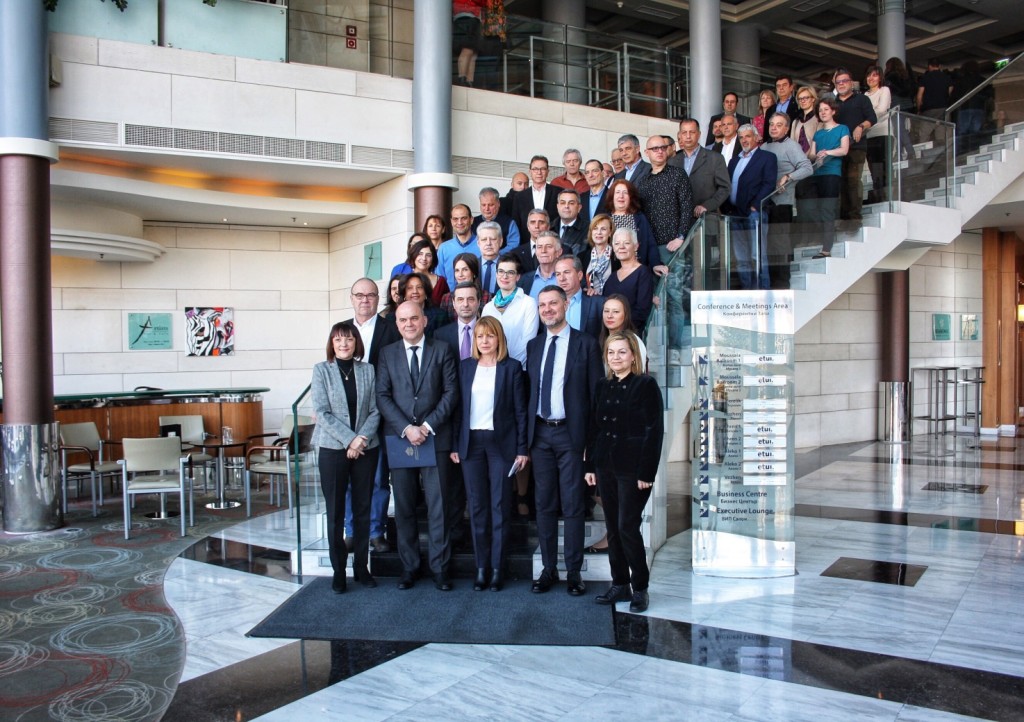 From the 18th to the 20th of March, PODKREPA and CITUB both members of ECTUN, hosted in Sofia the annual Conference of the European Capitals Trade Unions. At the event participated trade unionists representing 30 Unions from 12 European Capital Cities: Sofia, Athens, Belgrade, Berlin, La Valletta, London, Madrid, Moscow, Oslo, Paris, Rome and Riga.  The topics of the Conference were:

The Bulgarian authorities participated at the Conference were:  Biser Petkov, Minister of Labor and Social Policy, Yordanka Fandakova the Mayor of Sofia, and the leaders of the Trade Unions. 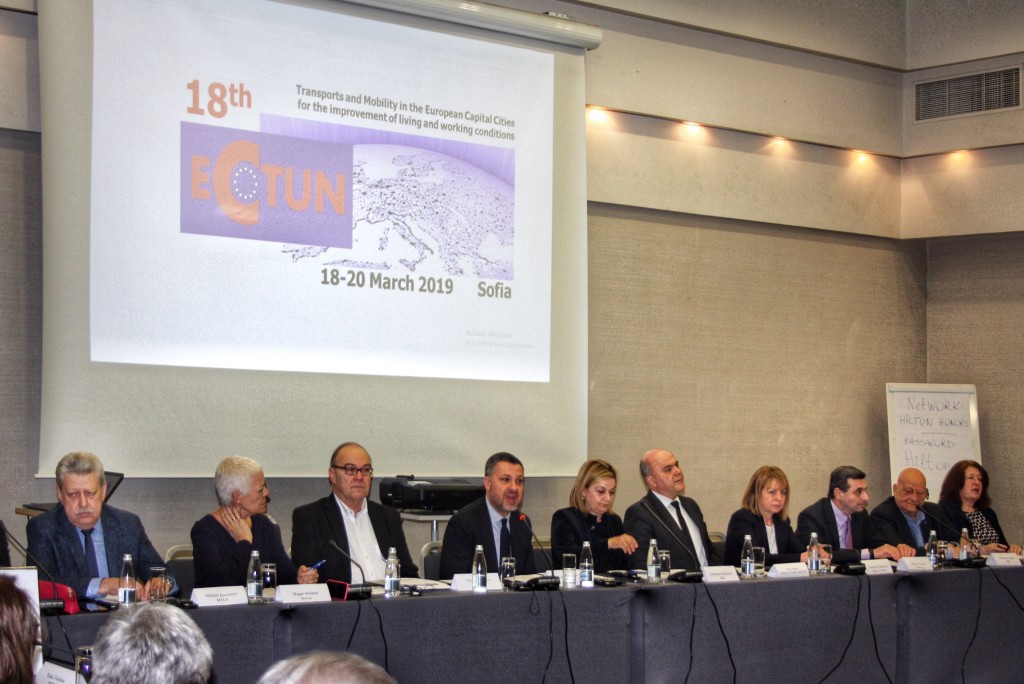 Declaration in view of the 2019 European Parliament elections

“Vote for workers’ rights and democracy”

The European elections take place in a crucial moment, not only for Europe but also worldwide. Across a number of capital cities, we observe an alarming rise of various populist and far Right movements.

That’s the reason ECTUN members call for this trend to be reversed this trend, and to encourage the highest possible worker participation in the forthcoming European, national and local elections.

In recent times, numerous signals have been launched by the political forces of the international and European Right on the alleged need to supersede participatory democracy and its value system, through a systematic project to debase the institutional and constitutional counterweights to the governmental majority and of social and cultural mediating institutions.

This attack on public freedom does not involve their symbolic functions. Parliament is not abolished, not even elections. We must always remember that the tragic dictatorships of the 20th century were born out of parliaments following free elections.

Far from being a spectre, populism and extremism is already present in Europe.

There is the example of Hungary, where the judiciary has already been subjected to executive power and it seems prevalent also in other European states.

In a democracy the will of the majority should not undermine the rights of minorities, oppositions or organized structures of civil society such as trade unions.

Dealing with populism requires the construction of a participatory and widespread democratic European model that redesigns a new social and economic strategy and that actually returns power to citizens and peoples.

Of course, in Europe we need new policies to rebuild a feeling of trust with and between people.

The future of Europe is going through a “break” with the policies followed so far. Europe’s current course is bound to aggravate the crisis and the serious economic and social problems it faces.

We don’t want an EU that criticizes xenophobic attitudes but tolerates the construction of barriers in several countries. An EU where when one is in the pre-election campaign some political parties in power adopt the kind of discourse and proposals of the far right that they supposedly fight, just so they will remain in power.

What we do want is a pro-European vision of solidarity, participation and credibility that would also involve a strong sense of commitment on the part of Trade unions and their capacity to mobilize citizens.

We, the members of ECTUN, know that a fairer Europe for workers is possible, based on democracy and social justice, quality jobs with higher wages and equal pay, a socially fair and just transition to a low-carbon and digital economy.

This should be the basis of a new social contact for Europe, and we encourage our members to support the ETUC demonstration on Friday 26 April 2019 in Brussels, in front of the European Parliament.

We, the representatives of hundreds of thousands of workers from the Trade Unions of the European Capital Cities, we encourage workers to vote.

Participating in elections is the most convincing expression of democratic rights defending the values of working people, the social and civic rights, the progress and social justice, solidarity and peace.

This declaration is adopted by the 18th ECTUN Conference