The trade union organisations, part of the European Capitals Trade Union Network (ECTUN), met in Lisbon (Sesimbra) 29 to 31 March 2016 for the XV conference. 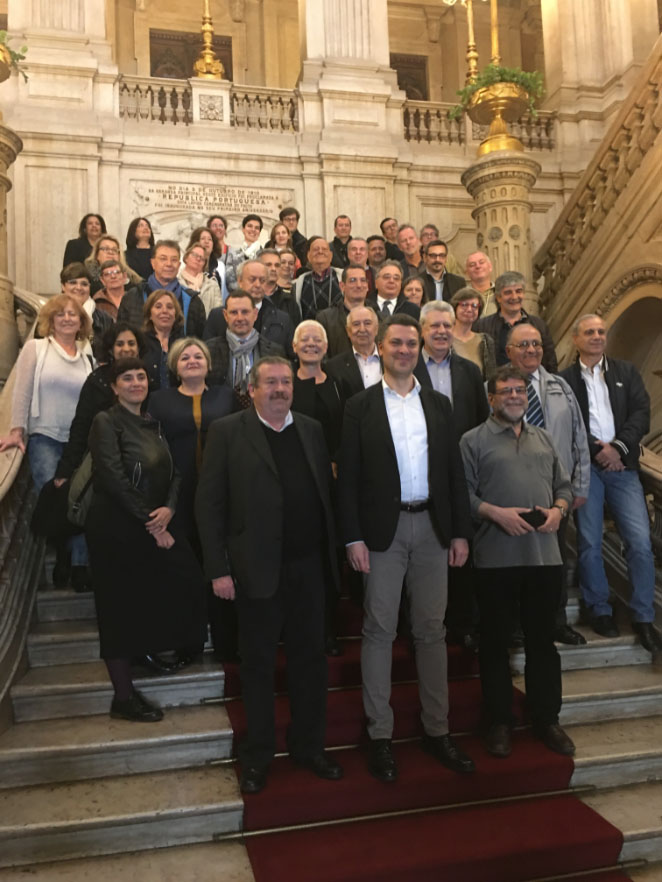 The session “Social Dumping in EU – concept, diversity and dimensions” had a presentation from Jan Cremers, the University of Amsterdam, and Ana Cardoso from CESIS. Jan Willem Goudriaan (EPSU, the European Public Services Union) was invited to present the Session “The importance of public services for job quality and to reduce the social dumping”. The closing session was led by Ulisses Garrido (ETUI Education Director) and the Arménio Carlos (CGTP-IN General Secretary) as well as Luca Visentini (ETUC General Secretary).

The discussion concluded that there are different dimensions on social dumping. It is linked to globalisation and multinational companies and supply chains. It has also an internal dimension: unfair competition between companies and workforces in our own countries and regions, with workers on different contracts undermining each other, including within public services.

The role that the Capital Cities’ trade unions and ECTUN can play is important and should be improved. Concrete propositions on this were made by the different trade unions participating and will be progressed at the 2017 conference.